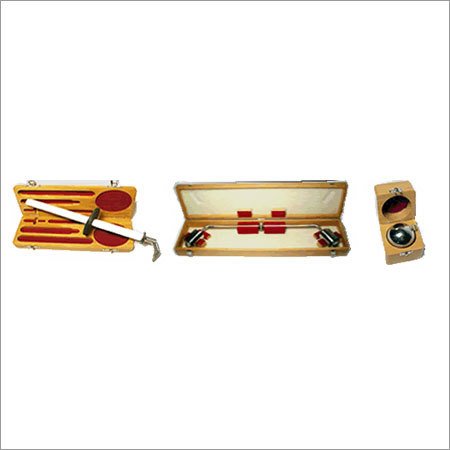 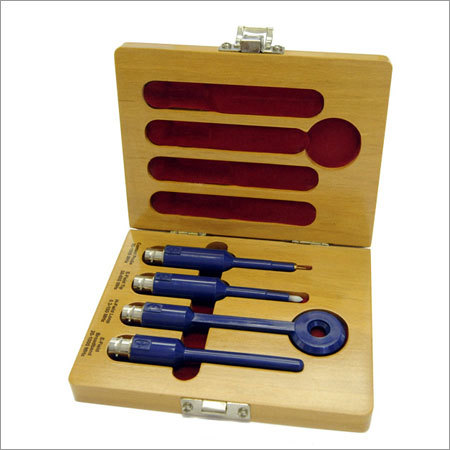 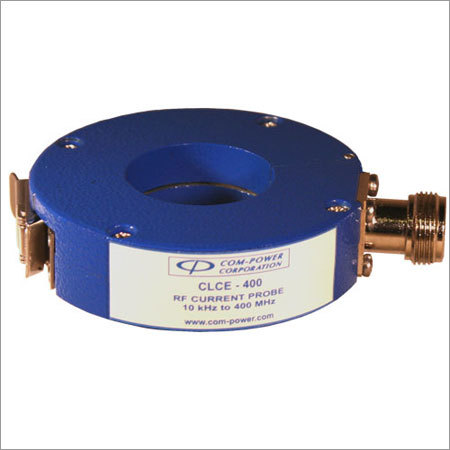 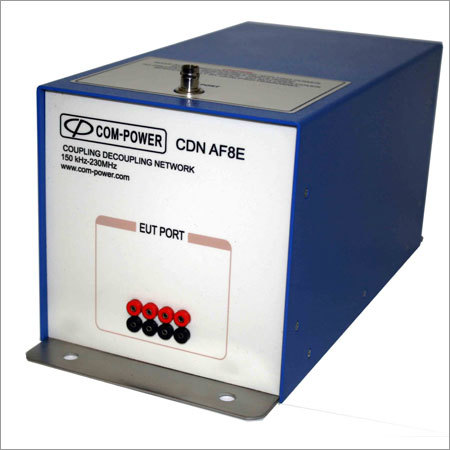 Today, society is heavily reliant on electronic devices. The convenience provided by them has made life easier is many ways. EMC testing of electronic equipment is vital to ensure their smooth functioning as well as determine the effects they have on other devices and the environment. We, Com-Power Corporation, have been manufacturing a wide range of testing equipment that provide accurate measurements and help meet regulatory requirements. We are a leading Manufacturer and Exporter of a wide range of EMC Test Equipment and EMC Test Instruments including but not limited to Near Field Probes, Absorbing Clamps, Power Amplifiers, Surge Generators, Telecom Test System and Immunity Systems. In order to keep providing our customers with the very best, we have set up a research laboratory that is tasked with product evolution and process optimization.

What Is EMC?
Electromagnetic compatibility or EMC is the ability of electronic products to perform in their intended environments. The test checks how well an equipment holds up and performs while under the influence of electromagnetic energy from other products. EMC provides information regarding electromagnetic emissions of various equipment and how they interfere with other machines. The test equipment we manufacture such as Antennas and Comb Generators help check various regulatory standards regarding noise and a machines ability to sustain performance while being interfered with by electromagnetic emissions from other products. Our equipment can be used to detect the cause and effects of various noise on electronic products. The difficulty in understanding EMC lay in the noise levels that may vary over a large range. The other major issue faced by EMC tests is that electromagnetic emissions can be caused by both radiated noise and conduction. Noise is thus able to travel as radiated noise, conducted noise or a combination of the two.
History Of EMI, RFI and EMC
The use of electronic products started the problems concerning electromagnetic emissions. In order to deal with electromagnetic disturbances on field telegraphs, the Germans passed the Law off telegraph in the German empire. The interference in the early days were most caused by radio frequencies and were thus termed as RFI. It was later understood that noise could be caused at any frequency and the term RFI was broadened into EMI. The source of the noise was termed as the culprit whereas the affected circuit was called the victim. Affected circuits needed to be redesigned in order to make them capable of functioning under the influence of electromagnetic emissions. It was found that in some cases the source and affected circuits would belong to the same device, thus their would be no culprit and victim circuits.
EMC & Product Reliability
It was not until 1940 that the effects of interference were not completely realized, when the electronic equipment used on naval ships witnessed an increase. Sensitive receivers and powerful transmitters began to be used close together. This not only led to various problems but also provided a deeper understanding about the effects of noise on various electronic equipment. Performance of various electronic products can be severely impaired by electromagnetic emissions, thus taking EMC into account is vital. This holds true for both complicated electronic circuitry such as those used in aircrafts and ships as well as those used in televisions, mobile phones, etc. Such problems related to electromagnetic disturbances can be disastrous in places such as chemical plants. A deeper understanding of noise and its related issued by conducting EMC tests can help design products that perform well under their influence.
EMC-Compliance Testing & Its Benefits
All electronic equipment produce noise that can result in electromagnetic interference in other equipment and in circuits within it. Improper design of circuits can lead to problems in their functioning if they come under the influence of electromagnetic noise. Furthermore, if a device acts as a source of noise, it could lead to interference with the functioning of other electronic equipment. Compatibility with the noise produced by other devices is known as EMC. Thus EMC testing is vital to any and all electronic equipment and provides consumers with information regarding their use.
Apart from performance related benefits, EMC testing helps meet requirements specific to each industry. Various compliance standards such as CISPR 22, MIL-STD-461, etc. that are necessary for doing business can be met using these tests. Regular test can help create integrated systems, mitigate risk and eliminate overdesign issues. Testing can be performed in-house, depending on whether the client is a manufacturer or a seller of the product. The CE mark is used as a self declaration in Europe. The accreditations for North America may include Industry Canada testing and FCC. Pre-compliance testing can help save money as most electronic devices tend to fail their first EMC test.
EMC Compliance Testing Equipment & Calibration
EMC testing can be broadly classified into two categories, namely, immunity and emissions testing. As the name suggest, emissions test help analyze the noise being produced whereas immunity testing provides an insight into how the device handles exposure to electromagnetic interference. Some of the various benefits of using our equipment are as follows:

The effects of interference were not fully realized up until the 1940 when the electronic equipment used on naval ships witnessed an increase.

Each and every piece of electronic equipment produces noise which can lead to electromagnetic interference in other equipment as well as in circuits within it.

History Of EMI, RFI and EMC

The problems regarding electromagnetic emissions began with the use of electronic products.
Product Gallery